The Top 10 Comic Book/Super Movies of all time

In the last 10 years we have been given a plethoria of comic book hero movies. Dominated by Marvel and DC Comics Heroes, You are not going to find Spawn or Witchblade on this list. So here it goes.

1. The Dark Knight (2008) - The last action packed hour was some of the best movie making Ive ever seen. It will be hard for any villian to top Heath Ledger's Joker in any movie in the future.

2. The Dark Knigh Rises (2012) - It was almost as good as the Dark Knight and may in time be considered a better movie. Bane was almost the Joker's equal. Somewhat true to the comic book story. This dude broke Batmans back.

3. Avengers (2012). I got chills when Cap jumped into the crowd to save them from Loki's blast. A fanboys dream. Every Character was done right except maybe the Hulk. The movie makers have not yet been able to get hic character down right. Whoever does it may have the best comic book hero movie ever.

4. Batman Begins (2005) - I went back to watch it after I saw DK rises. It was a lot better than I remember. It gives a plausible explanation that a real life Batman could exist today. This made the trilogy more enjoyable.

5. Iron Man (2008) - A far drop off from the first four. This movie was a little bit better than the sequel. Ag great original story. The villian was just average in this one which hurt the overall movie.

6. Thor (2011) - A well written and well performed movie. The only complaints were Anthony Hopkins as Oden and the finale in a very small town. Loke is a great villian.

7. X-Men (2000) - All three X-Men movies were good but none stood out more than the other except I think the first one. A very solid first movie.

9. SuperMan 2 (1982) - Your hero is only as strong as your villian. General Zod provided the antagonist.  This is one movie I would love to see remade with todays special effects.

10. Spiderman (2002) The first movie was the best movie of all the Siderman movie . The reboot "Amazing Spiderman was original in a way but just not as good as Toby McGuire's Spiderman. 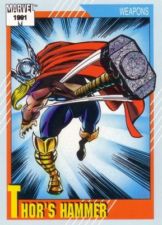