O.K. something strange was going on with George Hendricks baseball cards from the late 1970s until the 1980s. It is more than just a coincidence about the certain look of his cards. Here (above) is his Donruss 1982 card. 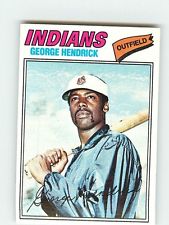 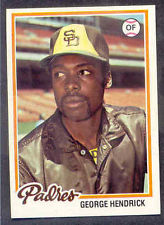 Here (above) is his 1978 Topps. Notice something. He is wearing a team jacket. 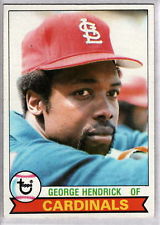 I can't be positive here but I think he was photographed with a jacket on in his 1979 Topps photo. 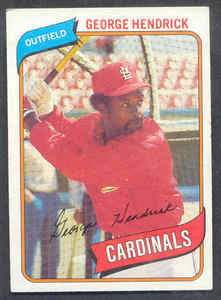 He is again wearing a team jacket on his 1980 Topps card. 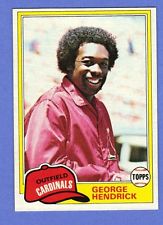 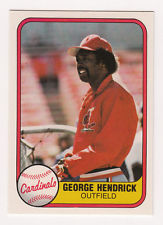 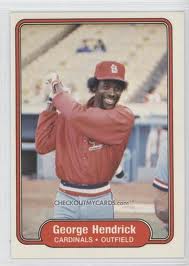 He is wearing the red cardinal jacket on his 1981 and 1982 Fleer cards. None of these last 4 cards make me believe the photos were taken around the same time. 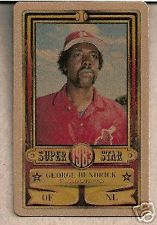 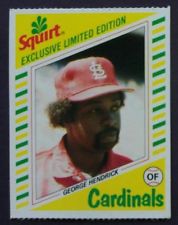 He is wearing the same Cardinal Jacket on his 1981 Perma Graphs and 1982 Squirt cards. 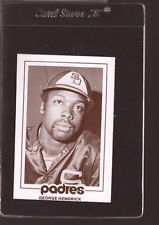 He is wearing a jacket on his team issued Padres card in the late 1970s. 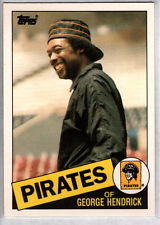 He is wearing a Pirate Team Jacket on his 1986 Topps Card. 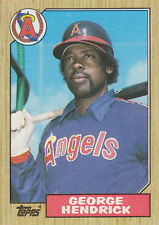 On his Topps 1987 Angels card he is not wearing a team jacket but some sort of team pull over shirt. (I could be wrong about this). The Baseball Card Mystery surrounding these cards are why was Hendrick usually photographed for his card wearing some sort of team apparrel. Was this done on  purpose or was he a player that always wore this type of clothing and so it would be logical that a lot of his cards had him wearing a team jacket/shirt.  Was he always cold (but he played in San Diego and St Louis summers are hot). Did he request that his baseball card have him wearing a team jacket? This is a mystery.
Posted by John Bateman at 10:40 AM