My Ode to STTNG. It has been 25 years since Star Trek the Next Generation premiered in the fall of 1987. I did not really get into the show until its 2nd season when it caught its footing. It is my favorite TV show of all time. Here are (in my opinion) the best episodes ever. Also listed is the date they approximately were shown in syndication. 18. The Defector (12/30/89) A good yarn starring the Romulans. A submarine tale. 17. Future Imperfect (11/10/90) The Romulans are at it again causing what the title suggests. 16. The Neutral Zone (5/14/88) This would be the prelude episode to the Borg. 15. The Measure of a Man (2/11/89) A Court Room Drama that is really about Slavery. 14. Where Silence has no lease (11/26/88) – The episode that turned me on to the series. You feel like you are on the ship with the crew. A somewhat spooky show. 13. The Game (10/26/91) Wesley Crusher returns and he is finally useful. 12. Unification (11/2/91, 11/2/91) Picard Spock, a tie in to the Undiscover Country Movie which would come out in a few weeks. 11. Where No One has Gone Before (10/24/87) The Enterprise goes to the farthest reaches of space with surprising consequences. 10. A Matter of Honor (2/4/89) An exchange program with the Klingons – Unbelievable original television – this episode in the second season solidified the series as must watch TV. 9. The Most Toys (5/5/90) Data has the lead role, the most surprising ending and A 1962 Topps Roger Maris star in this episode. 8. In Theory (6/1/91) Data has a girl friend, nuff said. 7. Clues (2/9/91) The best written and conceived episode of the series. 6. Cause and Effect (3/21/92) A very well written episode involving a Time Loop. The last great stand alone thought provoking episode of the series. 5. The Best of Both Worlds (6/16/90, 9//22/90 ) The Borg Returns, I waited all summer for the greatest season ending cliff hanger ever. 4. Inner Light (5/30/92) A very emotional episode giving Picard a chance to live out a future that he will never have. 3. Yesterdays Enterprise (2/17/90) – An Alternative Universe with the return of Tasha Yar. It feels like watching a Movie 2. All Good Things (5/23/94) A 2 hour series finale episode, one of the best ever on TV. Ties into the first episode and completes the series. The 4 movies that would come after pales in comparison to this show. 1. Q Who (5/6/89) Intro to the Borg. The best show of the Series. This one was intense.

Posted by John Bateman at 6:47 PM No comments:

Probably the best looking of all his 1982 rookie cards.
Posted by John Bateman at 7:49 PM No comments:

The Emotional Appeal of Baseball Cards

1972 Topps was the first of cards I ever collected. The drug store where I bought my first pack of cards still exists. However, it probably has been 30 years since they sold cards. When I see 1972 Topps Baseball Cards, they evoke a real physical reaction/emotion within me. Of all the cards Tommie, Agee’s has the most effect on me. I don’t know if this has to do with the colors on the card(that big blue warmup jacket) or if this was the first baseball card I ever saw (maybe pulled from that first pack back at that drug store.) When I see the Agee card I can reach back in the past to when I was 7 and still get that same feeling that I can only describe as an extreme “want” or have to have. I can still see in my mind all those unopened packs of cards sitting behind that glass case at the drugstore. His card (and other cards from that time) allow me to still can get that feeling of euphoria of seeing those unopned packs behind the glass and wanting them all more than anything in the whole wide world. Looking over the 1972 Topps cards (including football, basketball and hockey cards), I can just relive those childhood feelings, emotions and memories.

Posted by John Bateman at 8:16 AM No comments:

Newhart - The Best Series Finale of All Time

May 21, 1990. In the Best Series Finale of all time - Bob Newhart wakes up in bed next to Suzanne Pleshette, realizing the last 8 years of his life(TV Show) was just a dream and he was still living his life from his prior TV show The Bob Newhart Show. He utters the classic line to Suzanne about wearing sweaters more often.
Posted by John Bateman at 6:19 PM 1 comment: 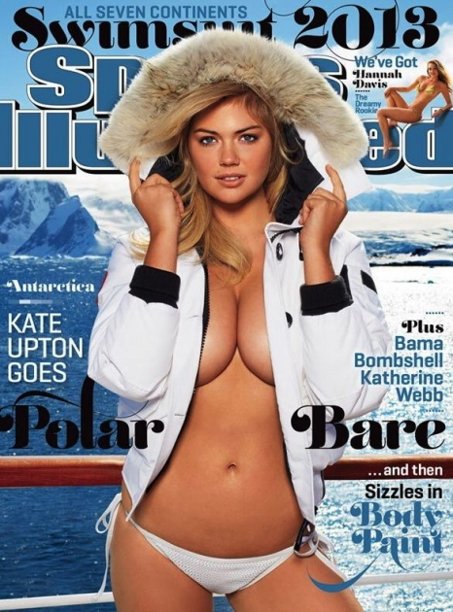 Was that Women on Tim Duncan's threads card Kate Upton?
Posted by John Bateman at 5:31 PM No comments: 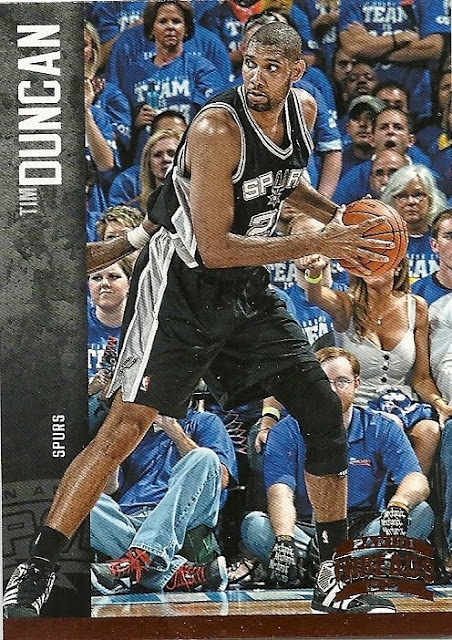 LOOK at the Female Torso just below the Basketball that Tim Duncan is holding. Do you see her. WoW! Who is she? Who is this Mysterious Women? Well Endowed to say the least.  So is the lady above
Posted by John Bateman at 3:23 PM 2 comments:

Yes it is true. In the 150 card Base Set, Panini forgot to include players from the Portland Trail Blazers in the set. The Set is grouped alphabetically by teams. All other teams were included. The Atlanta Hawks players lead off the set and the Washington Wizard Players end the 150 card Base Set. The first Trail Blazer card should come after card 121 Shannon Brown of the Phoenix Suns but instead of getting LaMarcus Aldridge or Nicholas Batum we get card 122 Tyreke Evans of the Sacremento Kings. No Trail Blazers in the set - None.

What Happened?. Panini screwed up and basically forgot about the Portland Trail Blazers (or maybe forgot they existed).  A Big QC miss.

*Note Aldridge does appear in an insert set
Posted by John Bateman at 4:53 PM 1 comment: