got injured while playing on his football team. While he was injured, during his team's games, he took pictures of his super hot early 1970ish girlfriend. On one of the photo of her, in the background was a picture of the final play of the big game. I can't remember how it went exactly but Greg capture the exact time the ball carrier was ruled out of bounds thus costing his team the game.  Since the photo of the play was in the background, Greg has to blow up the picture to an incredible size to where you can see that the ball carriers foot was not on the line and Gregs team should have won. Greg with the help of his father tried to make school officials aware of the blown call (I'm not sure what came about of this).  However, this episode may have been the prelude to the NFL going to instant replay in the late 1980s.  Below is Vernon Davis recreating part of the episode, unfortunately, Greg's girlfriend is not in the pictue 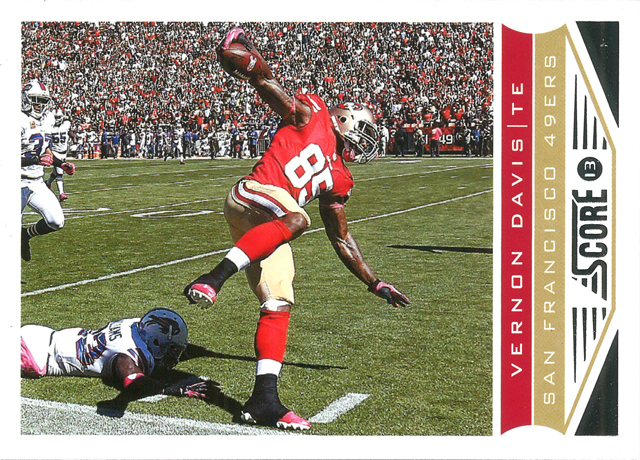 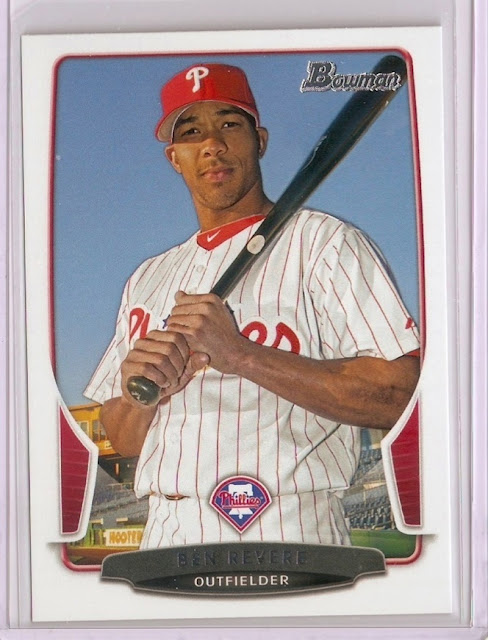 Check out the lower left corner of the card, you can make out the Hooter's advertisement. No Hooter Girls on this card but check out the below  gratutious picture which I stole from the Chronicles of Fuji. 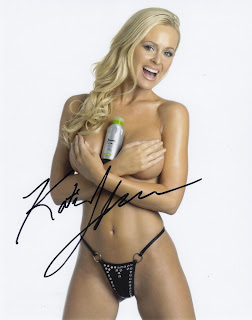 After 25 years of being a vestige to a loss innocence of many many moons ago, 2013 Score Football has been ruined. Panini has ruined it and now charges the public a dollar more a pack for the cards for the ruin. With Topps going to gold (or Silver) foil on the front of cards in 1994, Score Football was the last set to escape that fate. Panini has now made the set indistinguishable from the other 30 or so football sets that they make. 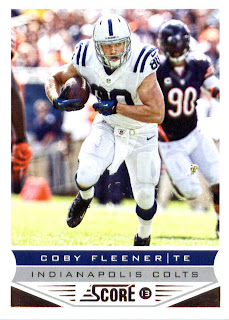