Jim Rice was just as dominate as Joe DiMaggio 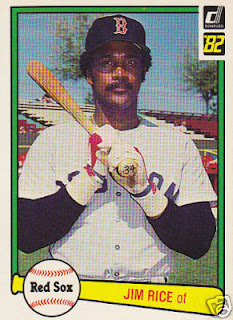 At least Offensively. While DiMaggio was considered the better defensive player, Rice holds his own offensively vs. Joe.  Both had tight 13 year peak careers. I know Joe lost 3 years to the war. I don't count what happened to Rice after 1987.  Both were know for getting a lot of triples. DiMaggio did play in a more offensive time. His career numbers- 361-1537-.325. Joe led the American League in HR, RBI and SLUGGING-  twice.


Both finish in the top 5 MVP voting 6 times (though Dimaggio won the MVP 3 times to Rice’s 1). Joe competed against less teams and Rice competed against more sepcialized players.  Put Rice in the late 1930's and 1940's and I think his HR total remains the same but his RBIs and Batting Average go up.

Here is a decent spring training card from the Donruss 1982 set.
Posted by John Bateman at 8:24 AM 1 comment: 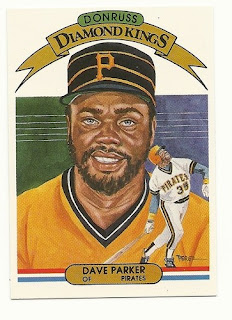 One of the Best Daimond Kings from the first year. This card has great detail. Dick Perez went with the different color (white) uniform in the inset. It is a classic action home run/fly ball pose. He used the old time hats and  the yellow/gold We Are Family Pirate Shirt Tops. He also captures Parker's hazel/green eyes and full beard
Posted by John Bateman at 3:05 PM No comments:

In 1982, Danny Ainge was the only NBA player to get a card

I know that it is hard to believe, with some recent years having 50-60 NBA sets made, but it is true. Ainge appeared in Donruss's, Fleer's and Topps baseball set and he was the only NBA player to have a card in 1982. 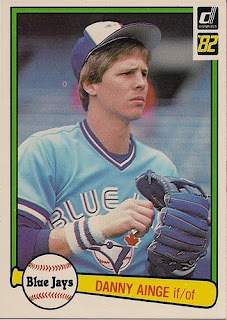 A long long time ago I can still remember how the news used to make me frown. But that December made me shiver with the paper I picked up off the doorstep, after reading it I could not take one more step.

I can't remember if I cried when I read about that TV deal before my eyes, something touched me deep inside the day that Day the Yankees Rised.

So Bye Bye Baseball, Hot Dogs and Apple Pie, I drove my Chevy to the levee and realized that this will be the day the Pirates and Royals die.

Now for twenty five years the Pirates and Royals have been on their own like Brandon Moss growing on a Jeff Stone.

When that Steinbrenner sang to that MSG network in a coat he borrowed from James Dean, Oh later, while the rest of the league was looking down, Jeter stole the MLB crown.

Cause when the baseball players tried to take the field, The Yankees refused to yield.

Since that time Jeter be nimble, Jeter be Quick, Jeters won everywhere except Candlestick, cause TV money is the Devil's only friend.  No California Angel born could break that Steinbrenner spell, I saw Steinbrenner laughing with delight the day the Yannkees Rised. 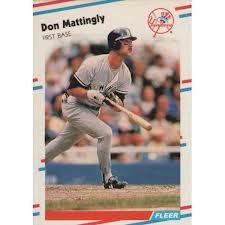 The three men I admired the most Riveria, Jeter and Rodriguez all caught the Yankee train to the East Coast.

Posted by John Bateman at 3:57 AM No comments:

A couple of Canadian Daimond Kings 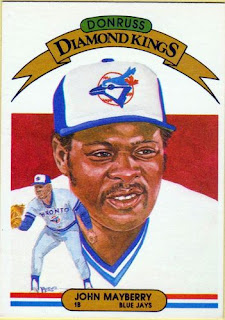 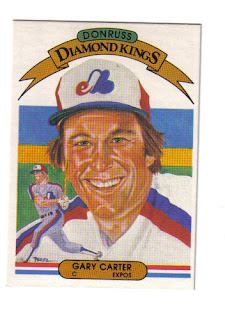 These 2 Daimond King Stars of the Montreal Expos and Toronto Blue Jays really emphasize the colors Red White and Blue. Dick Perez got the Expos logo down to a T. Mayberry's Blue Jay logo is also outstanding. In 1982, my cable system had WPXI out of New York and I was able to see some Yankee games. Big John was on that team but he was on the downside of his career. A Classic slugging left handed First Baseman.
Posted by John Bateman at 1:42 PM 1 comment: