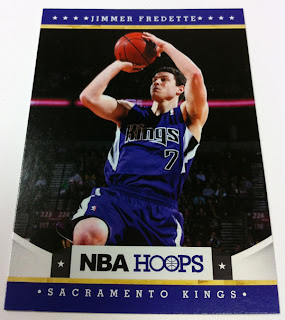 The official Panini American Blog has released images of 2012-13 NBA Hoops cards. The 2011-12 rookie class will not carry any official rookie card designation on the front of their cards. This is the first NBA class of rookies to not receive any type of rookie designation since the late 1980s Fleer sets. 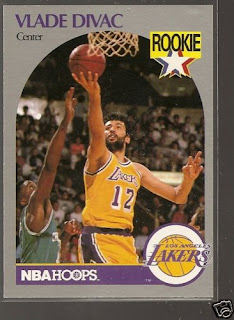