Sports Card Mystery: Why has Topps accounted for over 99% of all airbrushing(photoshopping) on sports cards over the years.

I can recall very little airbrushing ever done by Fleer, Donruss, Upper Deck and Score over the years. In the 1980s, off hand I don’t recall any Fleer or Donruss Baseball cards that were airbrushed.  I used to own all major sports cards set (Hockey, Baseball, Football, Basketball)  from 1970 through 1991, and I can recall very little airbrushing (off the top of my head) by non Topps manufacturers.
(*Note this post is not about unlicensed manufacturers airbrushing logo’s off cards. Topps football airbrushed team logos from 1973-1981  This goes for the food issues also. )
I think Fleer basketball airbrushed Danny Ferry’s rookie card back in 1990, but for other manufacturers I don’t recall any airbrushing. Since 1991, there have been so many sets issued that I have not seen them all, but I don’t think any other company airbrushes besides Topps.
For example, In the 1977 baseball set, Topps virtually created uniforms for all players on the Seattle Mariners, Toronto Blue Jays and Oakland A’s. Toronto and Seattle were expansion  teams and Oakland’s whole roster basically changed because of  free agents. I love those cards. We got to see what the new uniforms and logos looked like for those sets in the first year they played. In the Fleer basketball sets of the late 1980s none of the expansion basketball teams were depicted in their actual or airbrush uniforms. In 1993 neither Fleer or Donruss  baseball depicted players in their actual (or airbrush) uniforms (except David Neid?) for the expansion teams.
Don’t get me wrong but “I Love Airbrushing!(photoshopping)”
I am glad Topps has done it through the years. I think they first started to airbrush in the early 1960s  but this was more aligned to head shots (as it was Topps practice to get a head shot of a player so they could airbrush team logo’s off the caps if the player changed teams). The 1977 set seem to take that one step farther. Heck Rick Jones (the Hulks buddy?), looks like a painting. See Below.
I like the fact that if you can’t get an updated photo, it puts transactional players in new uniforms. (sometimes before they actually wear the new uniforms).
Cards on Cards has been running a feature called airbrush Fridays for a long time (one day I am going to go back and look at every single post) which gives nice over view of Topps airbrushing through the years.
In the last 5 years or so they have become flawless (though some other bloggers may disagree) and have made Randy Moss a Raider, Jared Allen a Viking, Miguel Cabrera a Tiger, Carl Crawford a Red Sox before one down was played or one player picked up a bat.
I guess the real mystery here is why no other manufacturer does this. 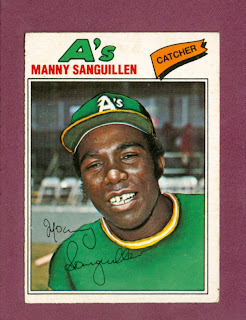 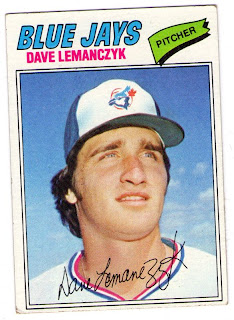 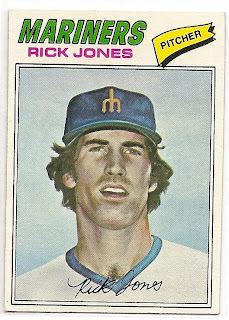