Around 1976 or 1977, Charlie Angels premeired on ABC. I think it was on 9:00pm. I was not an avid watcher but I did get to see my share of eposides. These Donruss cards came out, I believe, after the second season. I don't recall if Farrah Fawcett was on any of the cards. I know Cheryl Ladd came aboard on the second season and she appeared in the Donruss set. I think Farrah held out the whole year 2nd year or just appeared in a few shows. Then she was done with the show.  I was never a big Farrah fan. I did not own her poster and I was a big Lee Majors fans (so when the divorce happened, I sided with Lee. Lee and Farrah were sort of like Brad Pitt and Jennifer Anniston of their day). 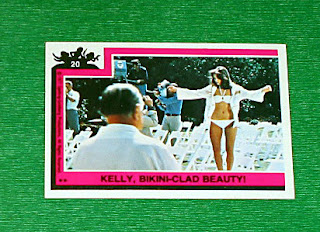 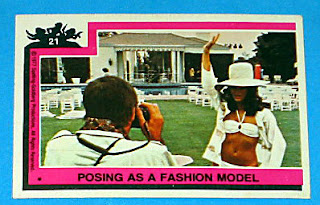 Out of all the Angels, I thought Tonya Roberts was the most attractive and Jaclyn Smith was not too shabby. I believe Jaclyn and the white Bikini appeared in the first season. The numbering on the card below makes me believe there was a second series of Charlie's Angel cards. 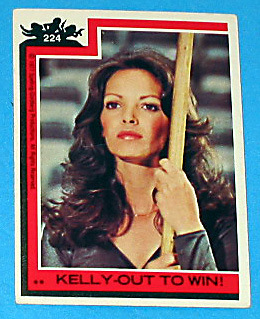