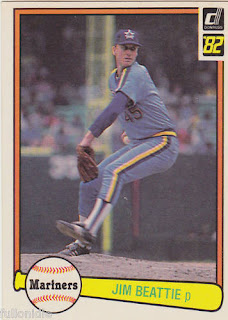 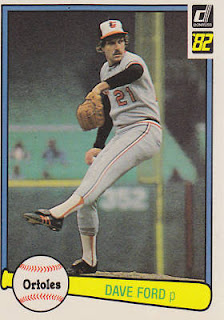 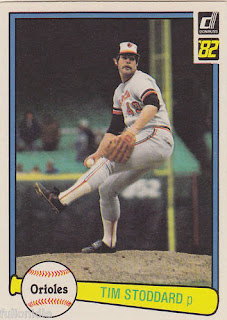 One cool thing about these three cards is that the photographers took the photo at exactly the same spot. All in the sight line of the foul pole at the 352 foot mark at old Baltimore Memorial Staduim.  The interesting thing is I think these are from three different games. Look at the fans in the stands, it appears that they are three different groups of fans. On Ford's card one guy is sitting inside the foul pole. The Beattie background is a little bit more blurrier and towards the right also.

Stoddard played with David Thompson on the 1974 North Carolina State Basketball team that I think beat UCLA and the Walton Gang (this is all from memory, so I could be wrong)
Posted by John Bateman at 4:41 PM