The Electoral College, Fantasy Baseball, Moneyball, and The Greek God of Walks 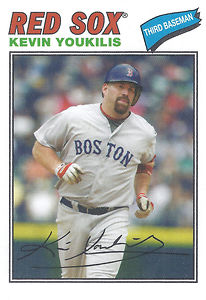 
The Moneyball concept works well in winning a national election with the Electoral College and Fantasy Baseball.  In Fantasy Baseball you need to win specific catagories such as Home Run. If you win the Home Run Catagory by 1 home run  you get the same amount of points if you win it by 50 home runs. There is no need to win a catagory by that much so you try to balance your team with other players who can help you win or do well in other categories.

With the Electoral College, Presidential Candidates allocate resources to states that they can win by small amounts. They usually don't allocate resources to States where they know they are going to win or not win. It is the small number of states that it is uncertain who will win where they allocate there resources. Thus using the Moneyball concept you allocate your resources where you can get your best value in Presidential Elections and Fanstasy Baseball. .
Posted by John Bateman at 4:48 PM