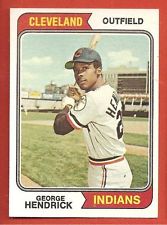 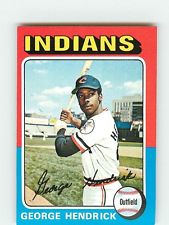 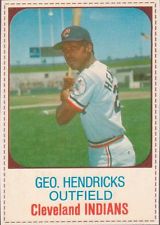 Were all three of these photo's (1974 Topps, 1975 Topps and 1975 Hostess) taken approximately at the same time.). I would say the 1974 and 1975 Topps were because you can actually see the same cloud formation in the background. These two photo were taken seconds apart. However on the Hostess card I can't be sure if it was even taken at the same staduim.  Though it would have been odd for Hostess to capture a photo of George that nearly mimics his Topps cards
Posted by John Bateman at 8:27 AM