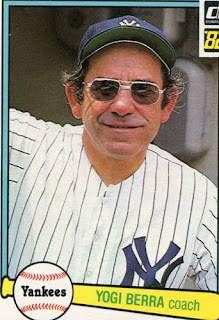 It is October and these 4 players/managers have figured prominately in the World Series. Yogi Berra is near the top of all World Series Records. This is a very cool looking card. 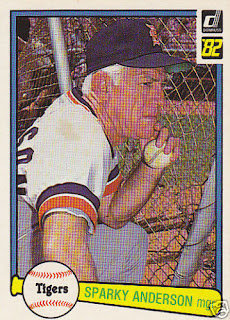 Sparky Anderson, manager of the Big Red Machine and a great 1984 Tigers team looks very smart in this pose. Another great shot for this set. 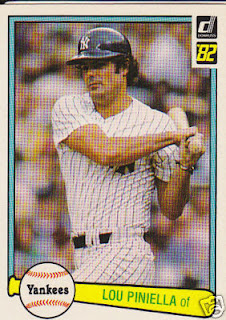 Gibson was a Michigan State star receiver in the late 1970s. He hit the big Home Run in the 1988 World Series. He has yet to lead the D-Backs to the World Series but that could be coming. 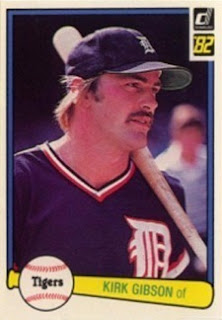