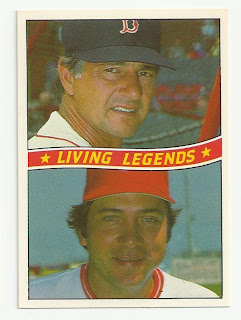 Back in 1984, Topps, Fleer and Donruss were competing against each other for the baseball card market. Each of the manufacturers were trying to differentiate themselves from each other. In 1981, Topps added a traded set. In 1982, Donruss add the diamond king subset. In 1983, Fleer went with nonwhite borders and firmly established it superstar special  subset cards.

Then in 1984, all three manufacturers did the same thing. They created tribute cards to Carl Yazstremski and Johnny Bench (and Gaylord Perry) who retired after the 1983. Was this a coincidence. I dont think so. 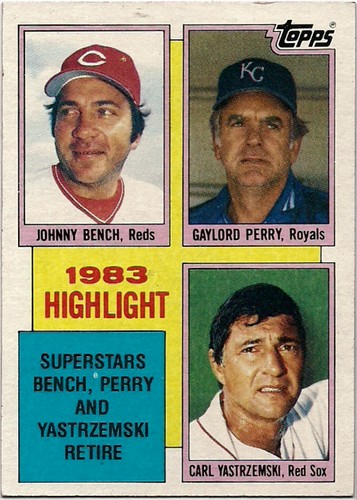 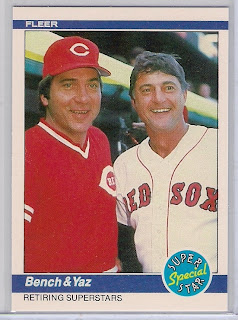 I think Donruss was late to the game on this type of tribute card. I think they got wind too late of Fleer and Topps plan to include a tribute card as part of their regular set. So Donruss came up with the first limited edition insert cards of Bench and Yaz (and Fingers and Perry). Though it is questionable how limited the living legends cards were to the regular set. 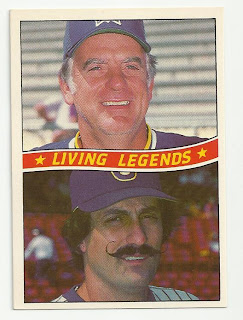 I defininetly believe that Donruss produced the living legends cards after they found out about the tribute cards of Bench, Yaz (and Perry) that would appear in the Fleer and Topps sets.  It was very odd that never again would all three manufactures produce tribute cards of the same retiring player.
Posted by John Bateman at 6:09 PM