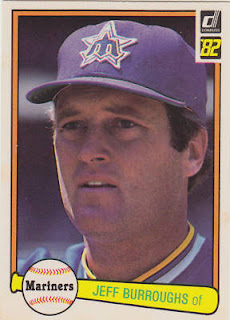 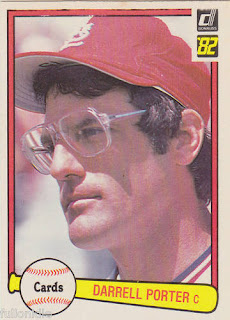 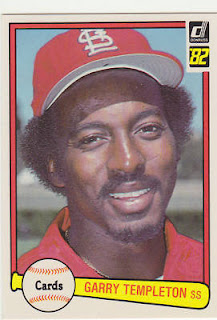 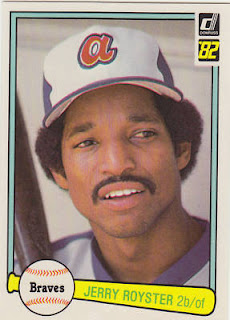 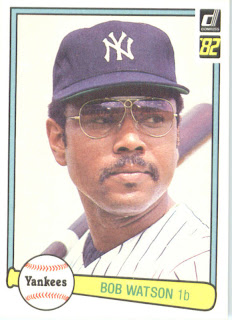 I decided to do one post on these cards because they all have something in common. The players head takes up about 80 percent or more of the card.
Jeff Burroughs leads off as the number one big head card. Heck, Jeff Burroughs chin almost touches the bottom of the photo and the top of his cap almost touches the top of the photo.  Darrell Porter comes in at number two. Garry Templeton comes in at number three.
Jerry Royster and Bob Watson come in as number 4 and 5 and I would say their heads come in about 75 percent of the card. In fact,  Bob and Jerry were actually was able to get their bats into the photo.
Some interesting back facts: Burroughs was 1st player selected in June ’69 amateur draft and signed a reported $80,000 bonus with the old Washington Senators (Texas). Porter was only the 2nd catcher in AL history to get 100 RBI, runs and walks in same season. Templeton was the first player in history to get 100 hits from each side of the plate in the same season. Watson is only player in history to hit for the cycle in both leagues. On the back of Jerry Royster card was this quote “Still a man without a position”.

Edit Note: On second thought maybe Porter should be number 1.
Posted by John Bateman at 10:09 AM