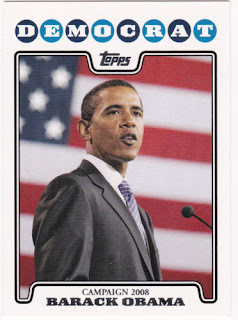 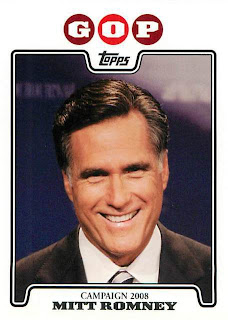 It is 60's cool vs. 50's cool. I have become intrigued in the strategy of this national election. How only a few states will decide who wins. It is almost like fantasy baseball. Where do you put your allocation of resources.  For example, I heard that Team Obama is not expanding much resources in Michigan because they feel they are going to win that state. It is like investing money/picks in the saves category in fantasy baseball.  You don't need to win the saves category by 20 saves, you only need to win it by one save. Thus you can expend money/picks in other areas (for the candidates, that is other states.)

The Dem avg - 6.3; The Rep avg 6.6;  Topps baseball card look a little better in years that Republican's won. But it was close.